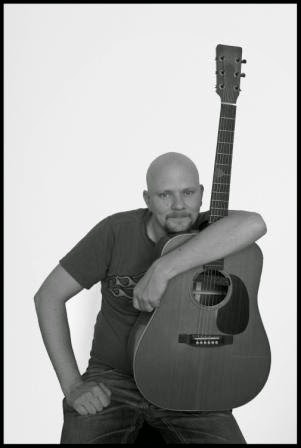 Born in Finland, J.P. Kallio is a name you do not want to miss!

In 1996, after a month or so after his 21st birthday, J.P. moved over to Dublin, where it has been his home ever since.  J.P. Kallio has been writing songs since he was a little boy and as Kallio explains, "I've been playing music full-time for most of my adult life.  At this point, it's pretty much the only thing I know how to do."

J.P. has played in several bands over the years, and at the moment, plays guitar and sings in an Irish folk band called Silotar and a punk rock band called Boneyard Bastards.

As he continues to write lyrics and compose music on a daily basis, J.P. feels he needs to put his talents to good use.  To do this, he makes demos of all his songs on his iPhone, (so's not to forget them!) and then spends around two weeks perfecting and recording them.  "I normally record between 10 and 12 songs in the two week period." says Kallio.

Currently, J.P. is working on hius next batch of solo material, which he is hoping to release in November.

In the mean time, why not listen to some of his work at his website: http://www.jpkalliomusic.com

Always with ideas being created and melodies flowing, J.P. Kallio is a talent not to be missed!

HAIR COLOUR: I have none ;-) but it used to be light brown on wintertime and turned blond during the summer

STRONGEST MEMORY: My Dad was a truck driver and I travelled a lot with him, so the smell of diesel still evokes lot of childhood travel memories.

LIFE CHANGING MOMENT: There have been many... My father's death, moving to Ireland, divorce, writing my first song...

LOWEST MOMENT: I think when things get tough, I go in to a survival mode, so often you don't realise how low things got until afterwards. Watching tears roll down my grandfathers face in to my dad's grave in the funeral was an image I will never forget though.

HAPPIEST MOMENT: These days I try to focus a lot on staying happy in my everyday life. So past year has been good.

BIGGEST REGRET: I believe mistakes makes us who we are. So I don't really believe in regrets. Mistakes are there to be learned from, not dwelled on.

AMBITIONS: Ahh... There are so many :-D But in general, getting better, musically, as a writer and as a person.

DREAMS: Living to 100 and being able to play, write and perform music to the very end

PROUDEST ACHIEVEMENT: Getting out of the bed in the morning :-D But seriously, I am quite proud of the work I've done with Sliotar, an Irish modern folk band I have been playing with for 14 years now.
FAVOURITE THINGS: My guitar

FAVOURITE SONG: Tough! It's a toss between Martha by Tom Waits, or Johnny Cash singing Hurt by NIN

FILM: Star Wars (the original one)

BOOK: There are so many... But I think "On writing" by Stephen King is one I keep going back to.

FOOD: I love food! But I think Eggs are one thing I would struggle to live without.

HOLIDAY DESTINATION: I love traveling and have done so much of it that it is hard to choose one.

WHO DO YOU MOST ADMIRE: My Grandfather on my mothers side, tough man! Also he is responsible of me having interest how guitar electronics work. He was an electrician.

WHO DO YOU MOST DESPISE: I'm not much of a hater... But there is one bar owner in Dublin I am not a big fan of... Still, I feel more sorry for him than anything else.

WHAT SCARES YOU: Someday not being able to play music

WHAT MAKES YOU LAUGH: Life

WHAT MAKES YOU CRY: too much Tequila

WHAT MAKES YOU ANGRY: People with power and abusing it.

WHAT IS YOUR MOTTO: I can and I will. Watch me!

FACTS ABOUT YOU THAT PEOPLE DON'T KNOW:
1. I used to work as a personal assistant in a school for mentally handicapped children
2. Water is my element
3. I hate cold! (not good for a Fin...)
4. I have little bit strange obsession with nutrition...

DO YOU / HAVE YOU EVER SMOKED: Yes, I did for one day, when I was four years old.

FAVOURITE DRINK (BOTH ALCOHOLIC AND NON ALCOHOLIC): Beer and Coffee.

EAT IN OR RESTAURANT: Restaurant

SMILE OR EYES: Eyes, they're the windows to the soul ;-)

HEAVY OR LIGHT SLEEPER: I don't sleep for very long, but I do sleep very deep.

PARTY ANIMAL OR STAY AT HOME: Bit of both

TATTOOS / PIERCINGS: Yes I have tattoos.

HOW DID YOU KNOW YOU ALWAYS WANTED TO SING/PERFORM:
Oh, since I was a little boy I was fascinated by music and people performing it. First it was just a little boys dream, but as I got older I realised there was nothing else I wanted to do.
I remember when I was 18 and flunked out of school, my mother sent me to career counselling. The councillor explained to me at the end that their tests do not cover music or arts and even though she had some suggestions for me, she said it was obvious I had made my mind about pursuing a career in music.

FAVOURITE SONG OF YOUR OWN:
It's always the last one I wrote.

WHICH SONG OF YOUR OWN WAS DIFFICULT TO RECORD?
It's always the first song of the album ;-)


HOW DID THE IDEA OF THE ALBUM COME ABOUT?
Last October I had a thought to record and release 52 songs in 2014, song a week. I had been meaning to record a solo album for a long time, but I always kept putting it off. 11 months later I am working on my fourth solo album :-) It has been one of the better decisions I've made.

FAVOURITE SONG ON THE ALBUM?
That's like picking a favourite of your kids :-D

HOW LONG DID IT TAKE YOU TO RECORD THE ALBUM?
The recording process usually takes about two to three weeks. If it takes longer, I'm just overdoing it and end up polishing all the feeling out of the songs.

WHAT IS YOUR VOCAL RANGE?
I think I am a baritone, but I sing comfortably quite high as well.

WHAT WAS THE FIRST SONG YOU LEARNT TO PLAY / SING?
Hmm... I'm not sure if I remember... House of the rising sun was one that my dad turned in to a party piece, the one I had to play every time there were guests in the house.

IS THERE A SONG YOU'VE HEARD THAT YOU WISH YOU'D WRITTEN?
Not really. Most of my songs are very personal and I rarely feel the same way about other people's songs.

DO YOU PREFER WRITING LYRICS AND / OR MUSIC ON YOUR OWN, OR WITH A GROUP OF PEOPLE?
On my own. I have very strong critical editing system inside of me and I work extremely fast. It's hard for people to keep up. Besides, most people don't think 8am is the most productive song writing time :-D


WILL THERE BE ANY MUSIC VIDEOS FOR THE SONGS FROM YOUR ALBUM?
I like making DIY videos for songs my self, so yes :-)

WHAT SORT OF ALBUM WOULD YOU LIKE TO RECORD NEXT?
I'm actually working on a new one at the moment. I am a strong believer in the songs standing on their own, so I am hoping I can keep things simple, but effective and not get carried away adding layers.

WHICH MUSICAL INSTRUMENT DO YOU WISH YOU COULD PLAY?
Piano, I can play a bit, but I'd like to get better.

WHEN YOU'RE IN THE STUDIO RECORDING YOUR MUSIC, DO YOU LISTEN TO ANYONE ELSE'S MUSIC?
Yeah. I find you can get too wrapped up on your own tracks and sometimes if you listen to something else for a little while, it kind of freshens your ears

HOW DO YOU LEARN SONGS / TUNES?
With a lot of difficulty :-D Music is easy, but I am dyslexic and one of the things it effects is your short term memory, so it takes me forever to learn lyrics.

WHAT ARE YOU THOUGHTS ON REALITY MUSIC SHOWS LIKE "The X Factor", "The Voice" etc?
This seems a bit easy subject for musicians to bash. But at the end of the day, they are just a TV shows. We have been living through a digital revolution that has affected pretty much every form of art in some way. Lets face it, there was always bad music in the charts as well as good. Yes these "artists" will have their five minutes of fame, but already you can see that most of them are forgotten few years down the line. It still comes down to songs and on the shows it is mostly covers of songs that it will be hard to beat the original. Sure it will sell nice amount of albums, but will it go down in history?
On the other hand, exposing a 18 year old to that much fame over night can mess up your head and life. The shows made their money, but will they take any responsibility of the mess? I don't think so. 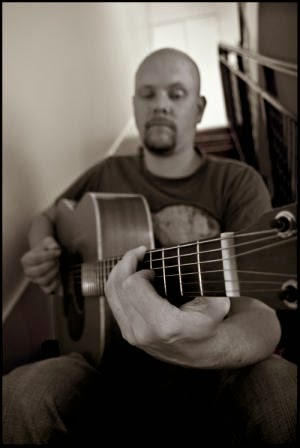 If you want to book J.P. Kallio for a show in your venue, festival, bar, home, garden party, feature my music on your blog, website, magazine, or just talk in general about songwriting, don’t hesitate to get in contact.
Email: jpkallio@hotmail.com